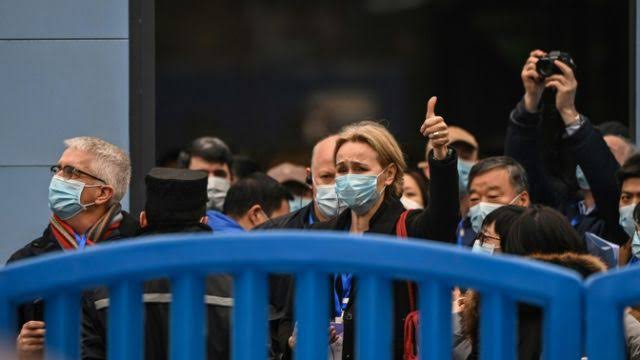 World Health Organization, WHO whose team of experts are investigating the origins of the Coronavirus outbreak, visited Huanan Seafood market in Wuhan, China on Sunday, January 31.

The market is said to have been the first site where the virus first emerged over a year ago.

Since the virus emergence, Huanan seafood market has been closed down. And invesinvestion has been plagued by delays and political bickering between China and the United States, which accused China of hiding the extent of the initial outbreak and criticised the terms of the visit, under which Chinese experts conducted the first phase of research.

On Sunday, members of WHO probe team arrived at the market as part of a long-planned trip now closely monitored by the Chinese authorities.

The area was heavily guarded and journalists were behind the barricades set up outside a high blue fence surrounding the market.

The team of experts were left in a convoy for an hour and as such, they  take could not take any questions from the journalists.

The team visited hospitals, markets and an exhibition commemorating Wuhan’s battle with the virus, which included a 76-day lockdown of the city of 11 million. The visit took place on Thursday after their release from two weeks of quarantine.

Moreso, the experts can only visit areas organised by the Chinese authorities and are not allowed to have any contact with community members, due to health restrictions.

Meanwhile, last week, state media outlet – Global Times, published a report downplaying the importance of Huanan as an early epicenter of the virus, claiming “subsequent investigations” have suggested the market was not the source of the outbreak.

Chinese authorities have relentlessly pushed a positive narrative of heroism and decisive, swift action in their fight against the coronavirus that has spurred an economic recovery and kept deaths down to 4,636.

It would seem that the outbreak of coronavirus has now become a political charade, and some Chinese diplomats and state media have thrown support behind theories that the virus potentially originated in another country.

Source: Reuters and The Guardian 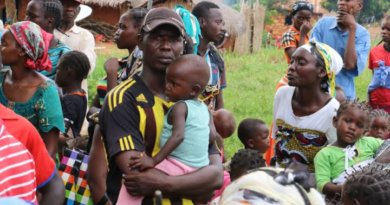 How Conflicts across the Democratic Republic of Congo displaced over 400,000 Citizens 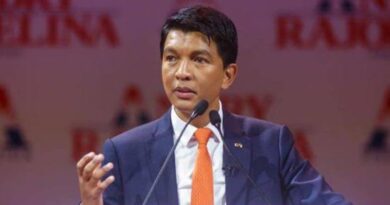 Covid-19 Cases Increases In Madagascar, Another Round of Total Lock-down Imposed 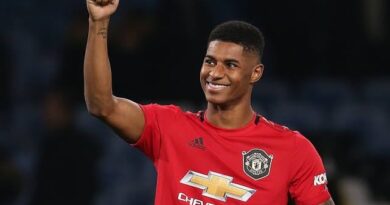 Manchester United Player, Marcus Rashford receives accolade from University of Manchester for his achievements so far.