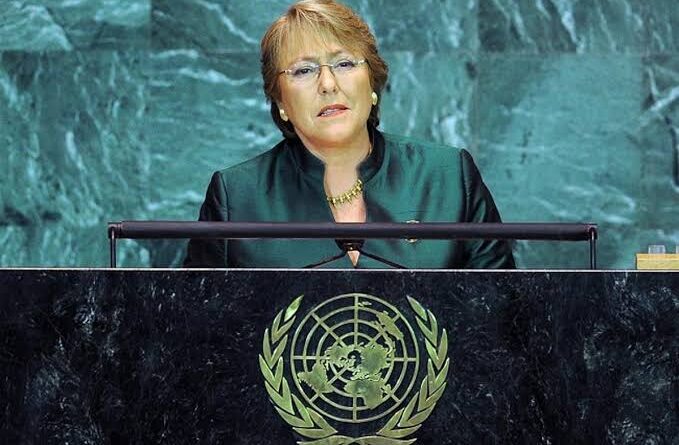 The UN Human Rights Chief, Michelle Bachelet has also condemned the act of the Nigerian Armed Forces at the Lekki toll gate in  Lagos on the 20:10:2020.

The statement issued by her office partly reads:
“While the number of casualties of yesterday’s shooting at the Lekki toll plaza in Lagos is still not clear, there is little doubt that this was a case of excessive use of force, resulting in unlawful killings with live ammunition, by Nigerian armed forces,” Bachelet said. “Reports that CCTV cameras and lighting were deliberately disabled prior to the shooting are even more disturbing as, if confirmed, they suggest this deplorable attack on peaceful protestors was premeditated, planned and coordinated.”
“Nigeria was already at boiling point before this shooting because of the revelations about years of unchecked violence, including alleged killings, rape, extortion and other violations, by the Special Anti-Robbery Squad (SARS),” the UN Human Rights Chief continued. “While the authorities have now dissolved SARS and announced a series of inquiries at both Federal and State levels, there have still been few if any charges levelled against its members despite abundant evidence against various members of the squad, as well as members of other security forces and the army.”

& quote; Many Nigerians appear not to trust the inquiries and other measures that have been announced by the authorities, and have continued to take to the streets in several cities to protest. “I appreciate that the Government has taken a number of measures to address the protestors’ demands,” Bachelet said.
“However, the immediate creation of another elite police SWAT team to replace the SARS – without first addressing some of the root causes of police violence and putting in place sufficient safeguards to prevent future violations – has eroded the public’s trust even further. This latest terrible event in Lagos is like wantonly adding fuel to a fire that was already starting to rage out of control.” Ms. Bachelet said that in order to restore trust and bring back peace in Nigeria, the authorities have to take immediate action to show their genuine committment in tackling impunity, after years of inaction.
& quote; After so many years of reported violations that have not been adequately dealt with, there also needs to be a root and branch re-examination of the entire security sector, and of its civilian oversight,” the High Commissioner added. “This should include a full-scale review of rules of engagement and training systems and methods.”
“Nigerians, like everyone else, have a fundamental right to peaceful assembly and protest,” Bachelet said. “The Government has a responsibility to take positive measures to ensure the realization of this right, including deterring others who intend to prevent them from protesting peacefully. The world’s attention is now focused sharply on how Nigeria’s Government and security forces react over the coming days and weeks.”
“In a population with such a young median age, it is important to listen to the grievances of the younger generation and make an effort to address the multiple problems they face, which include – but are far from confined to – police brutality and violations.”

🇳🇬 #Nigeria: @mbachelet condemns killings in Lagos. After so many years of reported violations & inaction, she calls for a root & branch re-examination of entire security sector, and to make a strong effort to bring police & army personnel to justice 👉 https://t.co/KtuhzvcbKE pic.twitter.com/DkPLXCPpgI 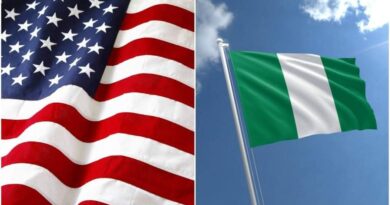 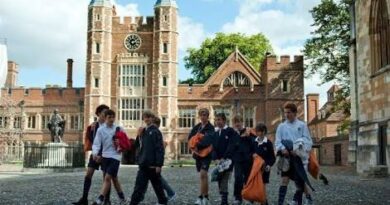 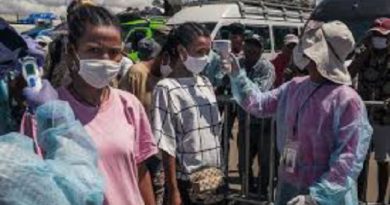