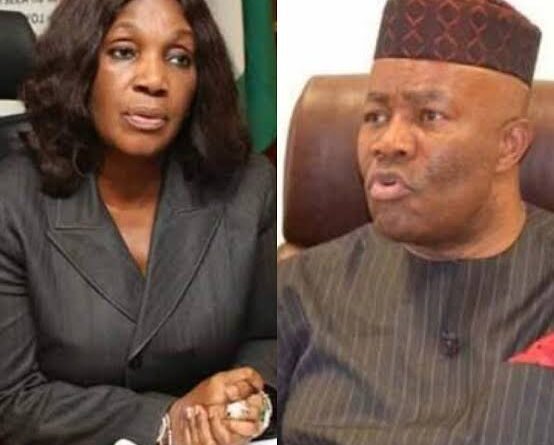 “Nobody makes any payment in NDDC without Godswill Akpabio’s approval.

When we first came in, on the day of the inauguration, he said to me in the car, ‘Madam MD, if you don’t do what I say, the same pen with which I used to sign your paper is the same pen I’ll use to remove you,” said Barr. Joy Nunieh, former Acting Managing Director, Interim Management Committee (IMC) of the Niger Delta Development Commission, NDDC.
In Feburary, President Muhammadu Buhari had announced replacement of Barr. Joy Nunieh with Professor Kemebradikumo Pondei, as Acting Managing Director in the Interim Management Committee (IMC) of the NDDC. Apart from the sack and replacement of the Acting Managing Director, the President also appointed two new committee members- Mrs Caroline Nagbo as Member and Cecilia Bukola Akintomide, OON, a former Vice President with African Development Bank.
The ousted acting managing director of the NDDC, Barr. Joy Nunieh alleged on the side lines of the Senate investigative hearing, probing NDDC’s misappropriation of the sum of N40 billion that the Nigeri Delta Affairs Minister, Senator Godswill Akpabio engineered her removal from office for failing to dance to his tunes regarding the spending of the Commission’s funds.

However, reacting to the allegation, Senator Akpabio said Barr. Nunieh was removed from her office because of insubordination and no record of her participation in the National Youth Service Corps (NYSC) scheme was found at the NYSC head quarters.
“She was relieved of her appointment because of insubordination,” Senator Akpabio said, on AriseTV News Saturday night.
“My ministry which supervises her wrote several letters to her but she never responded to one,” he added.
The minister said he had received petitions from anti-corruption agency that Barr. Nunieh did not have the requisite qualifications to work as acting MD of a commission.
“We have written to her to explain but she had not responded,” he added.
Meanwhile, Donu Kogbara, a former media adviser to the ousted barrister, has urged her to accept her dismissal graciously.

She said:
“If they allow you to go with all your emoluments, you should just thank God and go in a gracious and dignified way.
“Even if you feel that you would not have been removed had it been you were in a better term with certain people, the fact is, you have played into the hands of those who don’t want you around.
“Even those who do want you around will have a problem retaining you because there is clear evidence that you have broken the law or failed to do something critical like youth service.
“My wish for her is, she should accept her dismissal graciously.” 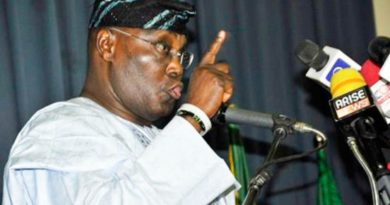 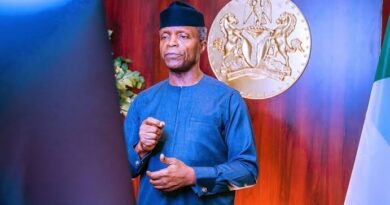 Vice President Osinbajo Prays For A Non-Repeat of The Nation’s Tragedies, Sends Condolence To Families of The Bereaved 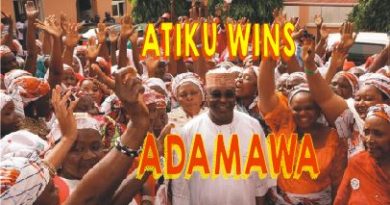