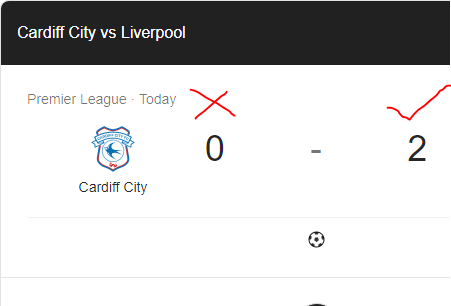 Liverpool continue to put the pressure on Manchester City as a hard-fought 2-0 win at relegation threatened Cardiff moved them back top of the Premier League on Sunday.

Georginio Wijnaldum’s opener just before the hour and James Milner’s penalty secured a ninth consecutive win in all competitions for Jurgen Klopp’s side and moved them two points ahead of City, who have a game in hand, at the top of the table.

City travel to Manchester United on Wednesday in what appears the toughest hurdle left for the English champions to clear and deny Liverpool a first Premier League title in 29 years.

The Reds remain poised to pounce if Pep Guardiola’s side fail to pick up maximum points in their remaining four games.

TRENDING NOW:   Where I Am Truly From – Atiku Reveals

While Liverpool were cruising into a second successive Champions League semi-final in midweek, Cardiff gave their chances of survival a huge boost with a 2-0 win at Brighton to close within three points of safety.

If Neil Warnock’s men are to defy the odds to stay up, it is upcoming games against already relegated Fulham and Crystal Palace they will need to win, but they did not make life easy for Liverpool.

The visitors should have taken the lead midway through the first-half when their front three clicked together for the first time when Mohamed Salah fed Sadio Mane and the Senegalese’s pass put Roberto Firmino clean through on goal. However, the Brazilian blazed over with just Neil Etheridge to beat.

Salah has found his form in front of goal at the right time for Liverpool’s bid for a Premier League and Champions League double.

However, after scoring in three of his past four games, Salah could not keep that streak going as he fired too close to Etheridge when played in by Jordan Henderson.

Cardiff’s massed ranks of defence allowed Liverpool to enjoy nearly 75 percent possession, but the home team did not pose a threat of their own until they nearly took a shock lead just before the break.

Victor Camarasa’s mishit shot fell kindly for Oumar Niasse and the on loan Everton striker nearly brought even more a smile to fans of his parent club on a day they beat Manchester United 4-0, but his shot was turned over by Alisson Becker.

There was little reason for Liverpool to panic at half-time as their previous four Premier League games had also been won with second-half goals and so it proved once more.

Trent Alexander-Arnold bagged his 10th assist of the season as the England international’s corner was pulled back for Wijnaldum to lash into the net first time.

Liverpool’s midfield has begun to chip in with crucial goals at the right time of the season and Henderson should have provided other moments later when he fired wastefully over with the goal at his mercy.

Klopp vented his frustration at Henderson’s miss, and it was nearly costly when Cardiff captain Sean Morrison had a glorious chance to level 26 minutes from time.

Morrison seemed to have the simple task of heading into an empty net as Alisson got caught underneath a corner, but he mistimed his header and the ball instead bounced to safety off his back.

And Morrison was the Cardiff villain at the other end when he was adjudged to have brought down Salah inside the area 10 minutes from time and substitute Milner confidently dispatched the spot-kick. 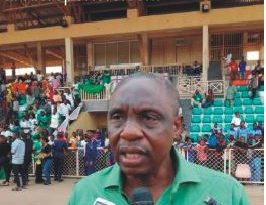 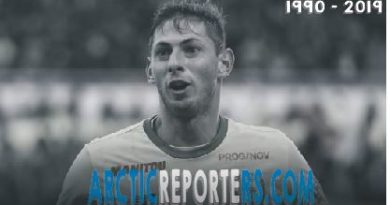