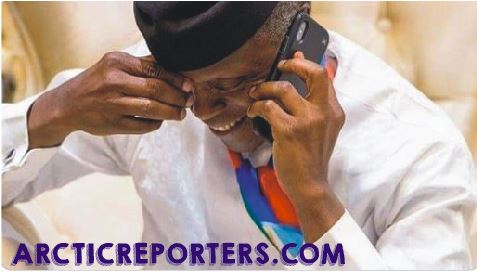 President Muhammadu Buhari has reacted to the ordeal which Vice President Yemi Osinbajo faced yesterday when a Helicopter which he was aboard crash-landed in Kabba, Kogi State.

Arctic Reporters had earlier reported that Prof. Osinbajo headed first to Kabba, and while landing at the Kabba Stadium, the Helicopter suddenly skidded sideways until it halted on its side few metres away from the intended resting spot.

Meanwhile that didn’t disturb the vice president who still went on with his campaign engagement in the state, Osinbajo is reported to have also conducted a thanksgiving service today, Sunday 3, February 2019 appreciating God for saving his life.

Alongside VP Osinbajo, the Minister of State for Labour and Productivity, Prof. Stephen Ocheni, senior presidential aides, security officials and the crew; there were a total of 12 people on board.

Everyone came out safely after the incident. There have been lots of reactions, statements and even encouragements across the nation following the event.

Following the incident, President Muhammadu Buhari has called the Vice President on phone, appreciating God for his life. The President also said he is impressed by the tenacious spirit of Osinbajo which enabled him continue the campaign engagement despite the shock of the crash.

This was disclosed in a tweet by the President’s aide on New Media, Bashir Ahmad, see the tweet below:

We give glory to Almighty God for sparing your life. I’m impressed by your tenacious spirit which enabled you to continue on your campaign engagement, despite the shock of the crash, President @MBuhari tells VP @ProfOsinbajo in a telephone call. pic.twitter.com/BsnCrQHK60

The Presidential Candidate of the People’s Democratic Party, Alhaji Atiku Abubakar reacting to the incident said:

“Dear Vice President Yemi Osinbajo, I just received news of the crash of your helicopter in Kabba, Kogi state. I am happy to note however that all is well with you and your delegation.”

I thank God for sparing the life of our Vice President, Prof Osinbajo, in today’s helicopter crash. The Lord is patient and merciful. Glory, honor and praise be unto His holy name.

So glad VP Yemi Osinbajo is safe. I wish him well and want him to stay alive so we can all work together as patriots to get this nation on the road to greatness. We may be in different parties and support different candidates, but he is first and foremost a human being. 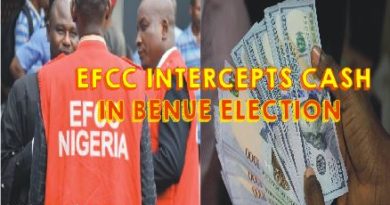 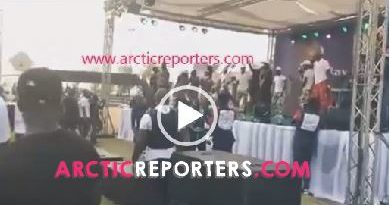 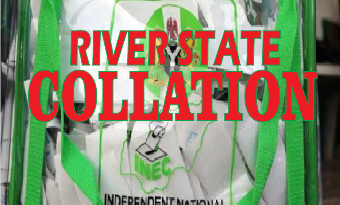 RIVERS: INEC will send party agents out of collation center if they do this