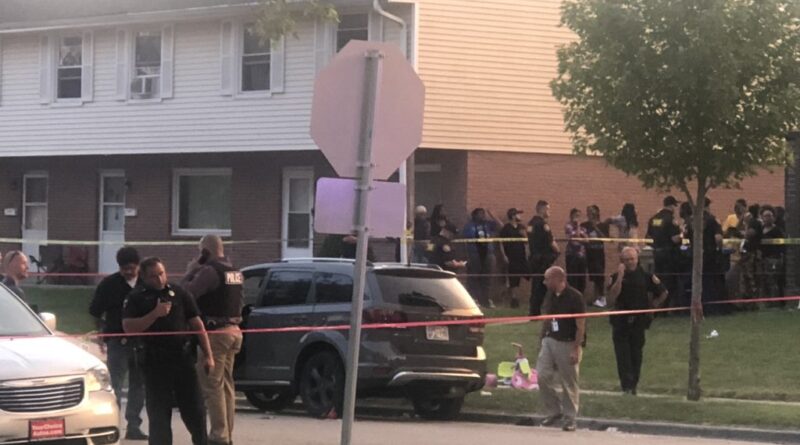 29 years old Jacob Blake is fighting for his life after a police officer shot him seven times in the back while responding to a distress call of Domestic violence in Kenosha town of Wisconsin.

According to an eye witness, Blake was trying to separate a fight between two ladies and the police officers were trying to use Taser on him before one of the officers pull out his gun and shot him seven times close range in the back.

The videos making rounds in social media shows that Jacob was not carrying any weapons, yet he was shot seven times in front of his three kids.

According to Ben Crump a human right lawyer who tweeted “This black man was shot several times in the back by the Kenosha Police officer today, while getting into his car after apparently breaking up a fight between two ladies. He’s in critical condition now, we demand JUSTICE! #BlackLivesMatters

Wow. This Black man was shot several times in the back by @KenoshaPolice today. He was getting into his car after apparently breaking up a fight between two women. He’s in critical condition now. We demand JUSTICE! #BlackLivesMatter pic.twitter.com/I1reDEp4nw

He also said this incident  will leave his kids traumatized, as getting to watch someone close to you get shot severally is a sad unforgettable experience, that leaves adults scarred for life talk more of kids.

Hundreds of residence of Kenosha town of Wisconsin took to the streets to protest against the shooting. The protesters marched to the police headquarters, burning cars and destroying properties. The authorities have declared emergency overnight curfew to calm the situation down. The police has also alerted shop owners who operate 24hours service to close their shops until things cool off. 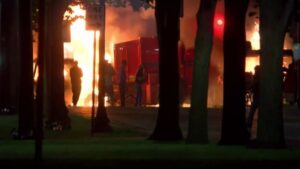 The governor of the state, Tony Evers has condemned the shooting,  “We are not certain of what happened exactly, all we know is that this is not the first black man that have been shot, injured or brutally killed by members of the law enforcement in our state or country, he said.

According to the Kenosha police department, the shooting happened at about 5pm on Sunday local time. Their officers were responding to a distress domestic violence call. However they provided a first aid help to Mr Blake before taking him to the hospital for proper medical attention.

Good news is Mr Blake is alive and in a stable condition. 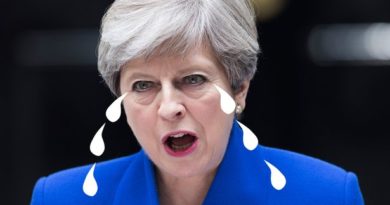 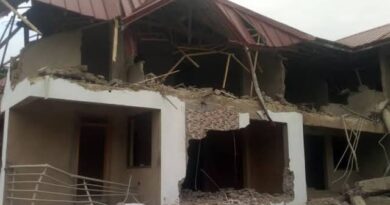 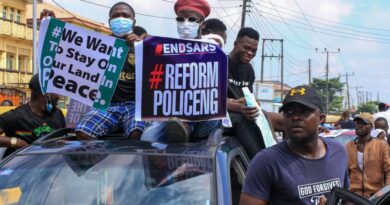 UN Secretary-General Calls For End To Police Brutality And Abuses